Xavier has always been someone that believes that he has held the answers to the questions that he has had to ask. He believes that he has always known his flaws, but instead of accepting them and trying to better himself from them – he’s always decided that it was easier to pretend that they never existed and that if he didn’t acknowledge them than nobody else would be able to either. But, the truth is that sooner or later those flaws are always going to come back to haunt you. Xavier truly believed that he was taking steps forward since his return in March. While some of the names that he had faced on Showdown may not have been on the level that Xavier would have hoped to be against – he was proud of the fact that he managed to overcome all of them. But, those flaws always seem to come back around. He tried to create this idea that he didn’t care about the result of that War Games match at Territorial Invasion. He tried to buy into the idea that he the team that he was leading failed on that stage, that they were only meeting the expectations that the rest of the world had given them against both Dynasty and Voltage. But, Xavier did care. He cared a whole lot more than he wanted anyone to know. So, when he was the name that fell and was ultimately the reason that his team wasn’t able to walk away with that cherished victory in their hands – he immediately began to fall into the same ruts that he once did. He grew distant. He was jaded. He went from being a man that believed that he was taking steps forward – to one that didn’t know where he was truly standing. The time that he was placed on the shelf recovering from the injuries that he believes were caused by Andrea Valentine may have been the best thing for him. It has given him the opportunity to stop himself from destroying everything that he had tried to recreate and actually listen to the things that people have been trying to tell him for months. He’s not a person that holds all of the answers. There are always going to be questions that nobody is going to be able to figure out. But, his success in the past came from the mindset for himself that he always had. That mindset that always forced him to dig deeper than even he believed that he could. The mindset that there wasn’t anybody on the planet that could match him on his best day. Losing big matches doesn’t call for the end of a name that was once so great, but instead are lessons that you’re forced to learn before you shatter through that proverbial glass ceiling above. It’s no longer about going through the motions. This is about proving that Xavier Williams is the one thing that he once claimed to be. Not just the best wrestler on Showdown. But something far greater. 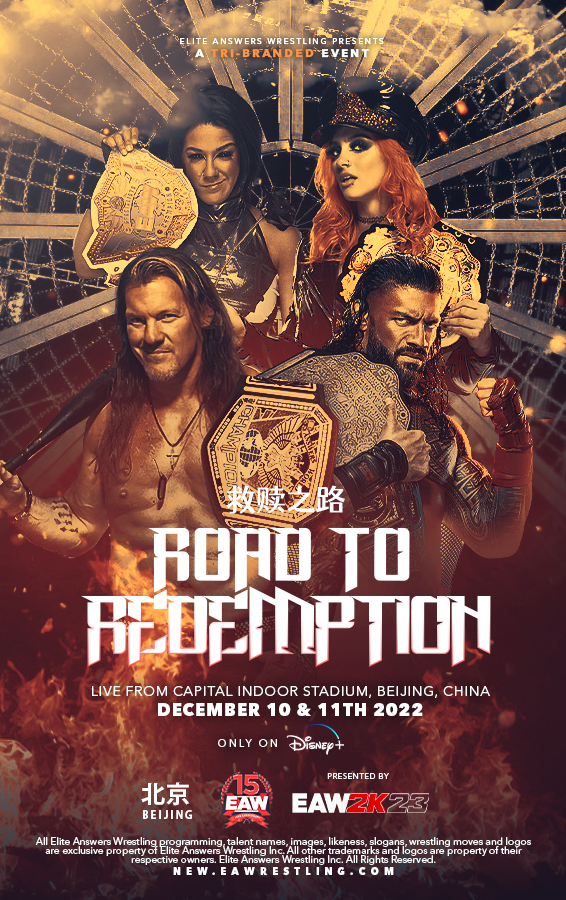