Almost two years ago there was an article about a new EAW elitist who had recently signed. His Name was Solomon Caine. For those who aren’t familiar, Caine was a brutal competitor who would seek to inflict as much punishment as as humanly (or perhaps even inhumanly) possible with an offensive style that was simplistic yet very effective. He wasn’t known for trading holds or preforming anything that would be considered flashy, instead he would pummel his opponents with unending flurries of strikes which would be capped off with a brutal brain buster ddt he called the End Of Ages.

During his time in EAW Caine would find himself aligning with The Sanatorium, co-forming an offshoot Called the Nightmare, and even representing Voltage in the Extreme Enigma four way match to crown the inaugural Openweight champion at Pain For Pride 10. Then, he suddenly left the company. No one had heard a thing from Caine. No appearances in other wrestling organizations, no news from major media outlets detailing his latest possible exploits. It was if he had simply disappeared from the face of the earth.

Myself and a special security liaison provided by Elite Answers Wrestling traveled to Whitewater, Indiana. Here in this this small town with a population of only 84 people, we followed the lead to a small home on the edge of town, one far and isolated from the rest of the town, or as isolated as you could be in Whitewater. There we found a man, fitting Caine’s description. Same hight, weight, distinctive facial features and tattoos. But somehow seemed not like the same person. His usually unkept hair was trimmed neatly, his heavy stubble was cleaned up and with only his thick mustache above his lips. His demeanor was unusual, well unusual for him. Instead of his typical ritualistic trances and cryptic messages, he simply stood out on his front porch looking out into the distance. Admiring the world from a distance.

We kept our distance from this individual for several hours, if this was indeed Caine no one wanted to risk becoming a victim of one of his blind rages that were common place during his EAW tenure. Finally we had worked up enough courage to attempt to ask Caine about his whereabouts in the past year. It was a sight to witness him we cautiously approach Caine, worried the former elitist might attack him with the rake he was using to clean up his yard. Keeping a safe distance between ourselves and Caine I called out to him asking “Are you Solomon Caine?”

He simply turned his head over his shoulder and replied no. His voice caught me off guard, it wasn’t the raspy growl that he spoke with during his time in EAW. I admit i was a little disappointed. The thought that Maybe We hadn’t found Caine after all flashed in and out of my mind quick as the flap of a humming bird’s wing.

“Are you sure?” I asked still somewhat nervously, praying that whatever I said wouldn’t wile him up. “I’m sure.” He said not bothering to look back this time. Something about the way he said it, as if he was hiding something, quickened me to approach him. I pulled out a photo of Cain from his time in the company and made a point to show it to the man who was standing in front of me. He was a dead ringer, and at that point in time I was utterly convinced it was him. I asked him once more whether he was Caine, or if he had any recollection of the things he had done in his time as a professional wrestler, using several incidents as a way to jog his memory.

“I’m not whoever your looking for. My name is Daniel, I moved here about a year ago after my tour of duty was finished. I have never been a fan of wrestling, much less wrestled. And I am certainly not the guy in that photograph. The look in that man’s eyes is disturbing, in fact he frightens me just looking at him. And if what you told me about him is true, then I couldn’t think of a reason to go digging around for this guy. If he’s fallen off the face of the earth and no one has heard anything good or bad from him, then it’s probably best to let a sleeping dog lie and not go digging around for trouble.” Was his reply.

With that he turned and walked away from me. His back to me as his front door closed behind him was the last sight I had of him, the locking of said door the only sound. We waited several hours without seeing him come back out. I guess we made him so uncomfortable he didn’t even wish to finish up raking the remaining half of his lawn.

I decided to take Daniel’s advice, let the sleeping dog lie. We headed for the hotel and left the next morning. Do I believe I spoke with the man once known as Solomon Caine? Yes I do. But as for what brought about his change in behavior, his denial of identity, and his insistence on letting go of the story? I can’t really say. Perhaps maybe his body and mind has found healing in his time away. Maybe he doesn’t remember his time in EAW, or maybe he doesn’t WANT to remember his time in EAW.

But if I have in fact just see Caine with my own two eyes then it begs to ask, will he ever return to the ring? And if he should what would that mean not just for the company, but for the man himself? 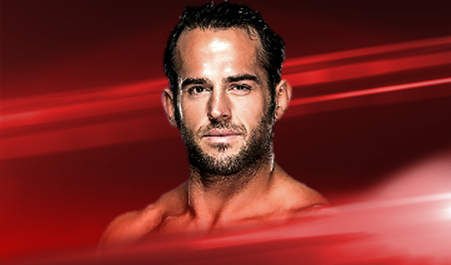