Not only is Sienna Jade a rising star for the REVOLT people, but she seems to be making a name for herself in front of the Empire viewers. I don’t blame her because everything about the personality of Sienna Jade makes you gravitate towards her. She has this strange compelling thing that makes you want to pay attention to her. Sienna has the look, skill and drives to want to prove that the Freeweight Championship can be held in high regard next to the Specialists and Women’s World Championships. I have no problem that she will manage to do that, but if she manages to get a victory over Azumi Goto on Empire, things are looking good for her Freeweight bout at Terminus as well as going into the Tag Team title match with Jaded Hearts. Keep it up, Sienna!

While we are in the talks of Empire, I like to give them Show of the Week. I thought everything from last weeks show was fantastic! I love how the show began with Zakkii’s announcement and ended with Stephanie Matsuda standing tall as Women’s World Champion. I thought there were a few things to be talked about right here. Zakkii’s retirement at Pain for Pride was something that was a long time coming and I am interested to see who she decides to face Pain for Pride. The two title defenses were a bonus treat for the Empire viewers. It just made the occasion so rare. I love Sienna’s character. I thought her and Consuela Rose Ava were total opposites when it came to promoing and it kind of showed in the match as well. I loved the exchange between Payton Darkstar and Sakuya Goto. I thought it was freaking adorable and I did not expect it from either of them. Please protect them at all costs! In this show, I thought lower talents like Stella Star to main event caliber talents like Stephanie Matsuda really had their moment to shine on this episode. There was no girl that wasn’t left out and were given at least something to look forward upon. I loved that the matches go announced for Terminus and it leads to most girls having a clue about what their plans are for the future.

People may be shocked that I am not giving any of the Empire title matches, Match of the Week, but there was something about this Voltage main event that made me pick it! Although I wasn’t much of a fan of Ahren using the ropes to win the match (could have been for heel heat), I decided not to let that take away from the whole match. Overall, I thought the match was solid and it showed Ahren as the smarter and craftier champion. In a way, I thought the finish of the match protected The Revenant without hurting him too much. The entire match showed both men’s abilities in the ring. It showed how much each man can handle before giving up…or until one gets smart and uses the ropes. Just like I said, it was a solid match. I thought both men looked good. I thought the right winner was decided on and I cannot wait to see what happens next with these two characters and their title reigns.

For Champion of the Week, I got to give it to the woman who not only had the best promos from Empire this week but retained her championship against Payton Darkstar. I was amazed by the performance with Payton, but it was obvious that Chelsea was on another level from her. She proved why she is the Specialists Champion while we are left wondering what do we need to do to get the title off of her. The answer to that is: defeat her. At the moment, it seems impossible and I do not blame it. I can see Chelsea holding onto this title to Pain for Pride. I can see her having a great title reign with the belt and after that, things will only get better for her. Now that she approaches her title reign with Revy, it should be interesting to see how Revy will step up to the challenge. I am interested to see the stipulation of her match up! I think it should be a fun one!

For our Most Valuable Elitist, I got to give it to Stephanie Matsuda, who retained her Women’s World Championship to Jael Arcana-Rosario! Jael is on the tougher side when it comes to being the first challenger and I can tell you that things may get tougher for Cloud. I can see April being a contender in the future, but other than that, I do not know what Cloud’s road to Pain for Pride looks like at the moment. I am having such a difficult time predicting the entire thing, but that’s a good thing, at least. Other than that, for a first title defense, I commend Cloud on taking on Jael, who is great in her own right. After Madison, I am curious to see who Cloud’s next challenger is going to be. Obviously, I see Cloud retaining against Madison since I still do think her title reign is so young, but people have lost their titles within the first few defenses, so I say that with concern. However, I do think Cloud has it within her to retain and carry this title all the way to Pain for Pride. 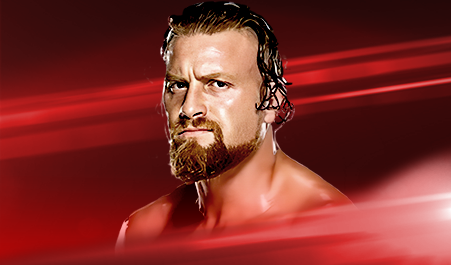